As Managing Director of one of the preeminent craft beer distributors in the southeast, Jason McMurray was charged with finding a way to track kegs for a large distributor/brewery collaboration. After finding no great existing options, a platform utilizing an off-the-shelf RFID tag welded to a keg, open source tracking software, and common industry readers, was created internally.

When it came time to purchase the kegs and install the tags, Jason turned to Mark Carpenter at Blefa Keg, a world leader in keg production, in nearby LaVergne, TN. The Blefa team developed a proprietary weld for the kegs that conformed to the keg’s safety and warranty specifications. Initially the tag and software system were setup within a closed loop of two breweries and a distributor. While rudimentary, the system worked but needed more development and improvements. It showed, however, that kegs were being lost at a nearly 10%-12% rate, double the estimated industry average (per the Craft Brewer’s Association).

Meanwhile, as North American Sales Director for Blefa, Mark was frequently asked by his other clients to suggest a keg tracking system. Blefa had met with many potential keg tracking partners in the past, but none of the solutions proved reliable or robust enough for the harsh environment kegs were subject to day-in and day-out.

After the deployment of the initial tracking system, Mark made a phone call and explained his brewery clients’ dilemma to Jason. After a few discussions (and a few beers), Mark and Jason decided to team up and solve this problem together. They knew the solution had to include distributors, on-premise accounts, and retail accounts to be effective. They also knew the RFID tags had to be reliable, long lasting, easy to install, and able to withstand the harsh environment of a normal keg cycle.

As they identified the different challenges they needed to overcome, they started looking for a technical partner. Through a string of introductions, they were introduced to Joe and Trey Ryan of IDS, based out of Colorado. Joe was a long-time veteran of the RFID industry and had worked with large corporate partners such as Wal-Mart and Verizon. Trey was a highly sought-after programmer who already had a software platform that could be modified to fit the brewing industry. Joe and Trey were the next piece of the puzzle. The final piece of the puzzle was put in place in the spring of 2019 when Earl Hewlette joined the company as CEO. Earl has over 30 years of experience managing growth companies, most recently over the last decade as CEO of Terressentia Corporation, a technology driven company in the distilled spirits industry.

IDS, working with the Nashville team, tested different tags, readers, and antennas. Once they had the right combination of proprietary software and hardware they set out to find their first customer. Fortunately, there were two large local breweries that were willing to give the system a try: Jackalope Brewing Co. and Yazoo Brewing Co.

After a year working with these brewers, Keg Hounds began expanding and continues to add breweries, distributors, and keg leasing companies to their roster of satisfied customers.

Today Keg Hounds is the leading edge of the keg tracking industry, proving their system delivers the most accurate and consistent tracking rates with data analytics that deliver cost and savings benefits throughout the system. 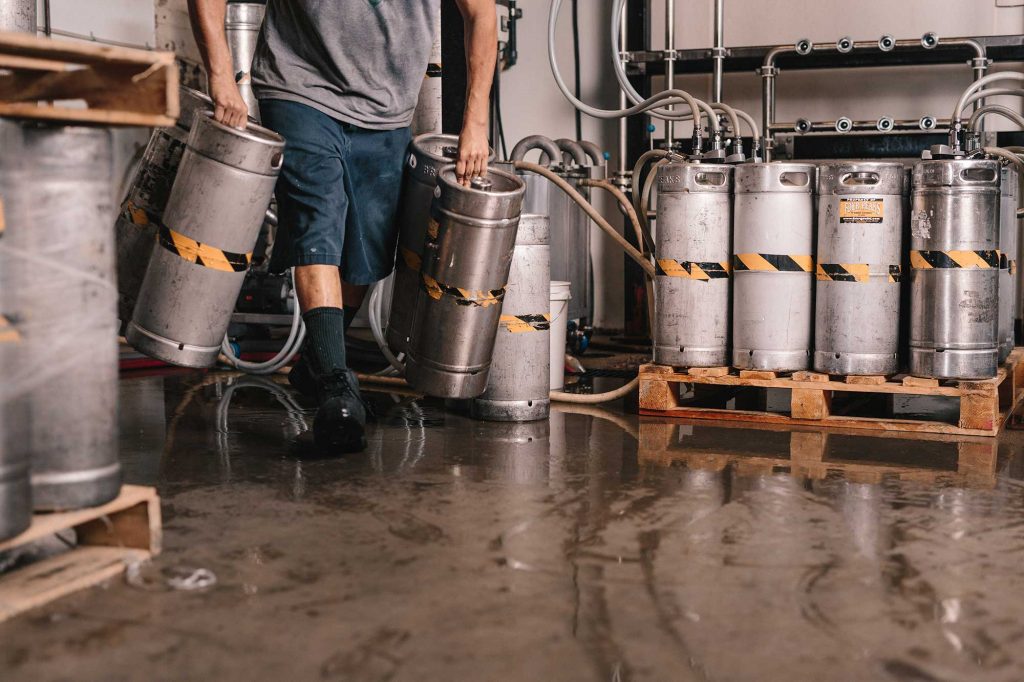